Handmade with love
4 October, 2017 Geomentrik around the world

4 October, 2017 Geomentrik around the world

Increasingly, the images that we do come from all over the world in your House, kitchen, bedroom, children, workplace… with our products, so he already played to create a section like "Geometrik traveling the world". Here I will be sharing these beautiful photos that we send, and also encourage who still has not done so, and want to see their photos published on the web. I've already told more than once, but you get images of our creations in places as diverse as the USA, Switzerland, Germany, United Kingdom… and of course Spain, Catalunya, Barcelona, Sitges… It is amazing, we love it!
That said, is inaugurated our new section of Geometrik world.

I'll start with this beautiful house which is in Switzerland. The daughter of the owner was responsible for all the decoration and wanted two lamps Sphere of 80 and 40 cms. to decorate the kitchen. An idea super original with a great result!

Patricia, Portugal interior designer, wanted a pair of lamps of varying sizes for your new project, a bedroom in Lisbon. Here is really noticed that the work is done by a professional.

This time we were more close, in Cuenca, Jose Luis had it very clear, I wanted a super Sphere lamp giant for its fantastic House, you think what has been?

From Girona this image comes Magda was responsible for your baby's room decoration, with an exquisite taste for decoration. I wanted a pouf of crochet as a complement and here is the final result in divine!

Esther, from Valencia, was working on a project and looking for a light cheerful and very pop, as she described it. Chose the Hemisphere model in yellow and cable Fuchsia, here you have it…

White sent us from Zaragoza a photo of her daughter's room, I wanted a fairly large, purple Sphere. Here we have the King's daughter's life!

At this picture you have a special affection, is from a while ago… A mami American but based in Barcelona sought a giant fabric beanbags being pressured from coffee table, since it has a very small baby and I didn't want it to hit. The photo is endearing.

Dan wanted a giant black sphere for the House that was just made. Up to a scaffold had to put in your House to hang it, awesome!

Today, Neus, Sitges, sent me the photo of the room of his three sons. As you can see, is decorated in yellow and blue, and it has chosen two lamps Sphere, combining these des colors, yellow with blue cable lamp and lamp blue with yellow wire, the result view is, Neus congratulations!

This has been only a small selection of some of our work, I hope that made with all the love in the world liked, as always! 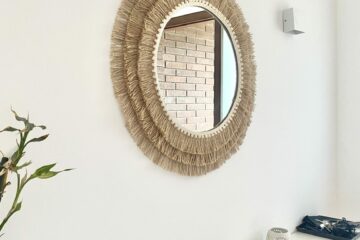 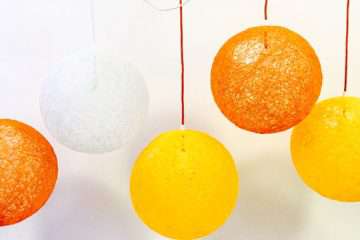 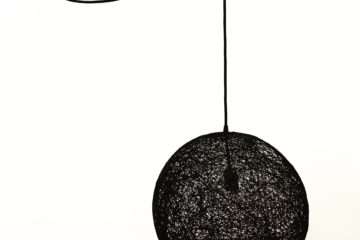 No products in the cart.

No products were added to the wishlist.